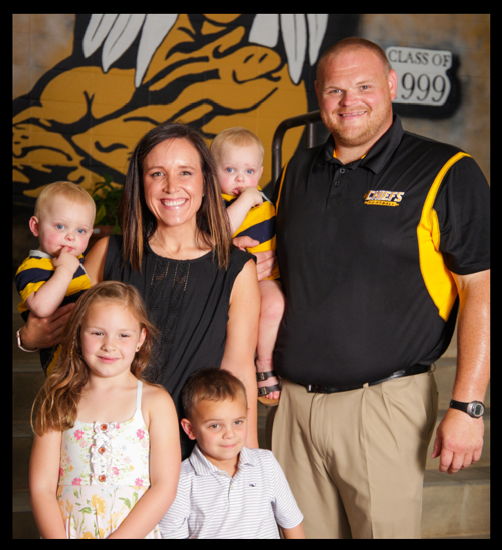 Etowah High School is proud to announce the hiring of Casey Wingard to take over the Eagle’s Wrestling Program.  Coach Wingard is an Etowah alumnus where he wrestled and played football for the Eagles. His return to Eagle Mountain will begin his 12th year of coaching.

Coach Wingard is originally from Woodstock and played collegiate football at Georgia Southern University. At the completion of his collegiate career, he began his coaching career at Gilmer County High School where he later returned to be Gilmer’s Head Football Coach from 2016-2018.  Coach Wingard is married to his supportive wife, Lisa, and they have 4 children. Charlotte (6), Graham (4), William (2), and Ryan (2).

Eagle Nation would like to welcome Coach Wingard to the family.  Go Eagles!