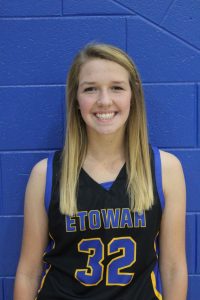 Sophomore Ally Zazzarra of the Lady Eagles basketball team was named to the All-Tournament Team for the TABO classic in Jefferson, GA..   For the tournament Ally averaged 19.6 points, 4 rebounds, 2 assists, 2 steals a game.  She helped the Lady Eagles finish 3rd out of 8 teams.  The lady eagles started their season 2-1. 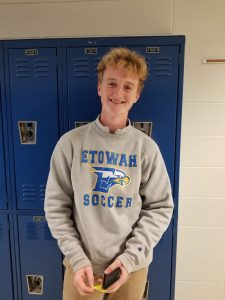 Patrick was selected as the junior captain on our team by his classmates, but what speaks more of his character are his accomplishments beyond that.   He is always early to the buses for the meets, willing to help in any way he can, loads the drinks and coolers onto the buses and passes out event sheets to the swimmers.  He helps get the team fired up and ready to swim before meets as well as helps get the Blue team into the water for practice after getting done with his practice.  He gives 100% at practice and at meets and has come along way in now being a captain on the team.  He is committed, encouraging, and just fun to be around and these are some of the things that the team likes most about him.